Holiday season is here and these low carb vegan Thanksgiving recipes are a delicious way to enjoy the holidays. 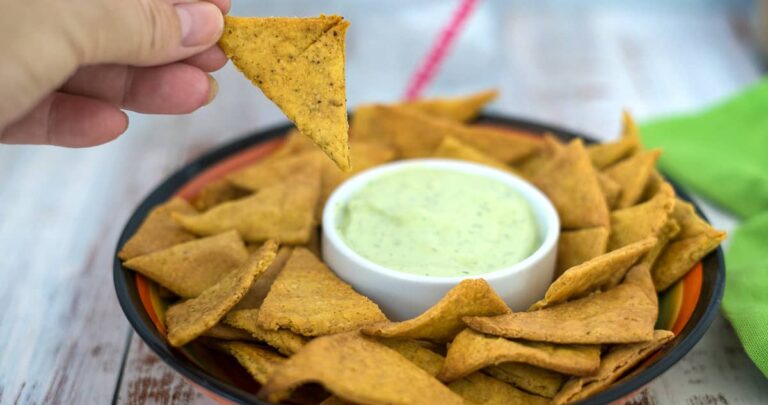 Low Carb Tortilla Chips
Crunchy tortilla chips made with lupin flour are a great low carb snack. Gluten free and vegan too.
Get the Recipe 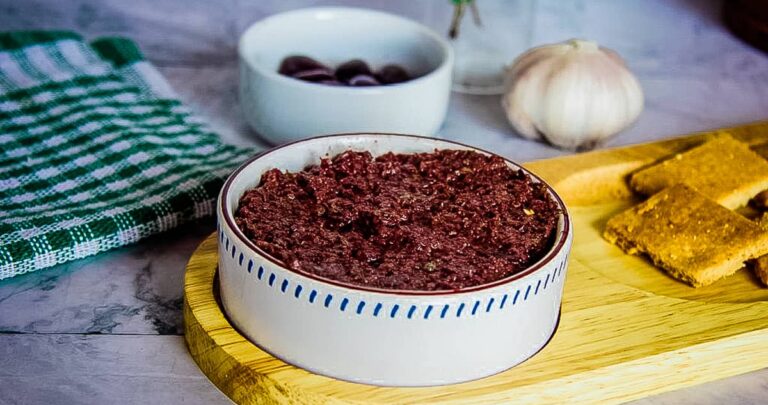 Kalamata Olive Tapenade
A tasty olive spread for snacks served with low carb crackers, vegetables or bread.
Get the Recipe 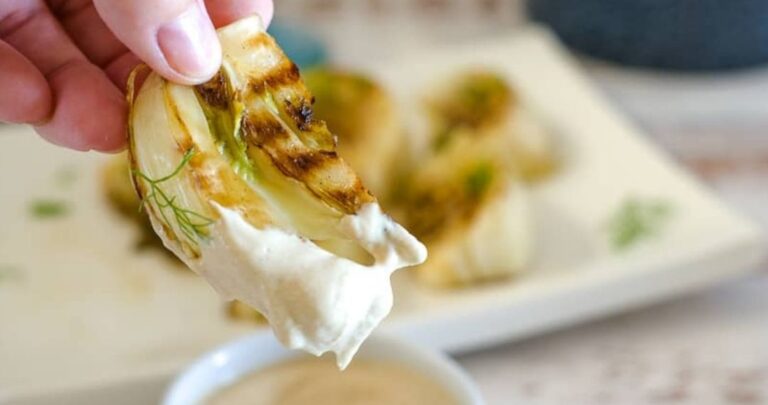 Grilled Fennel with Tahini
Wedges of fennel are grilled with a side of turmeric tahini dressing for dipping.
Get the Recipe 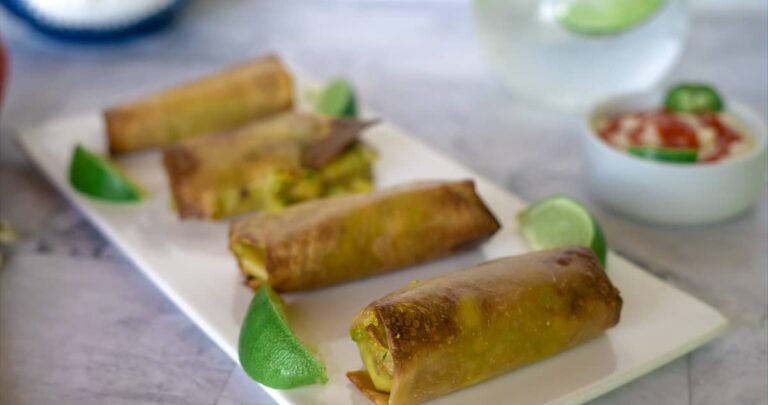 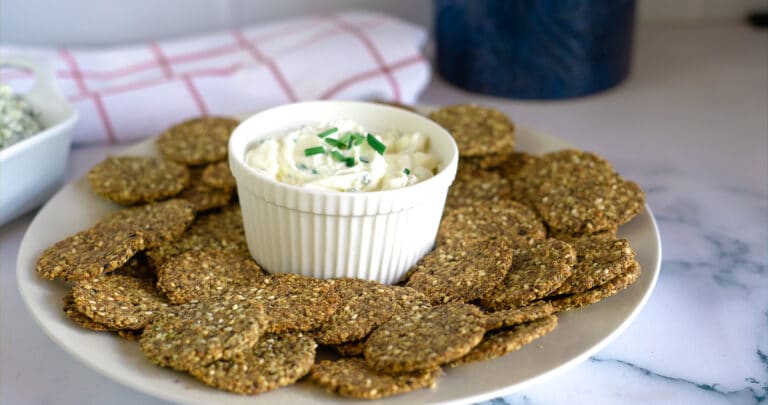 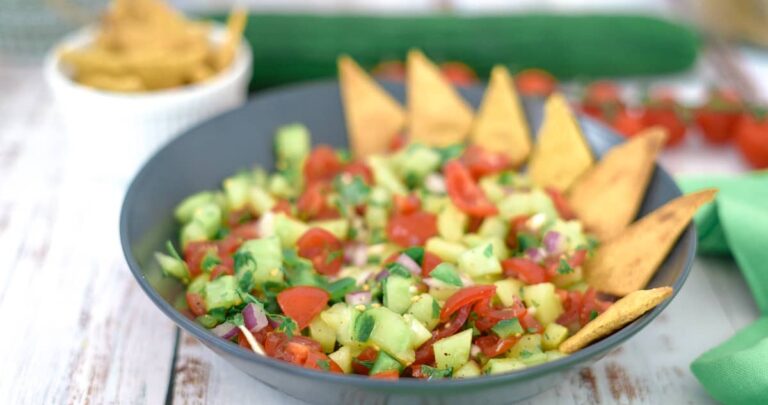 Cucumber Salsa
A refreshing cucumber salsa is a great dip to serve for any gathering.
Get the Recipe 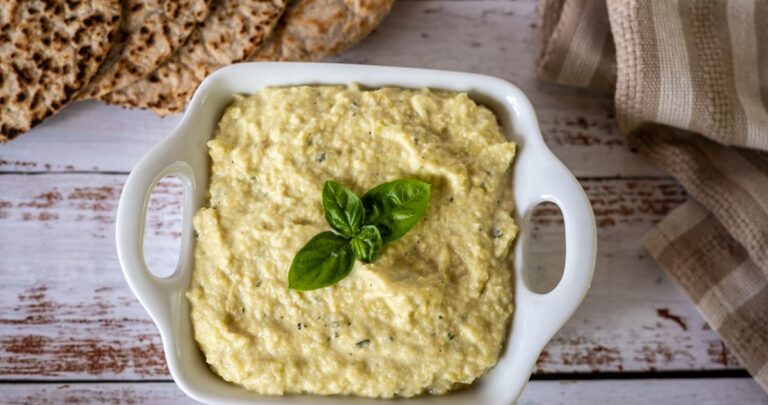 Start your holiday meal with a bowl of soup. 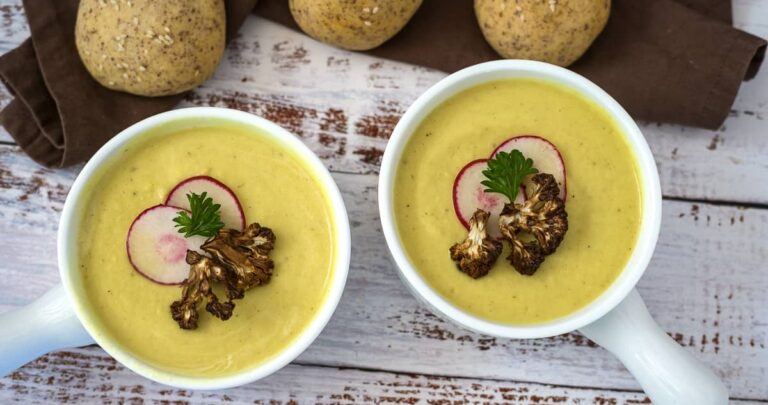 Cauliflower Curry Soup
This keto vegan curried cauliflower soup is a bowl of comfort food for a cold day.
Get the Recipe 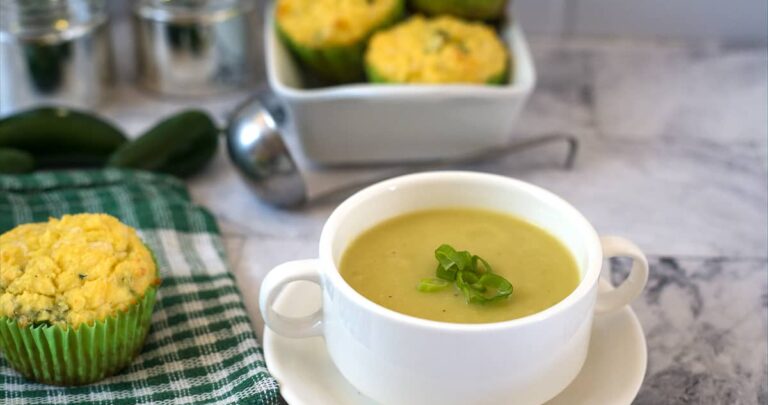 Spicy Chayote Soup
A creamy low carb vegan soup made with chayote and spiced with jalapenos.
Get the Recipe 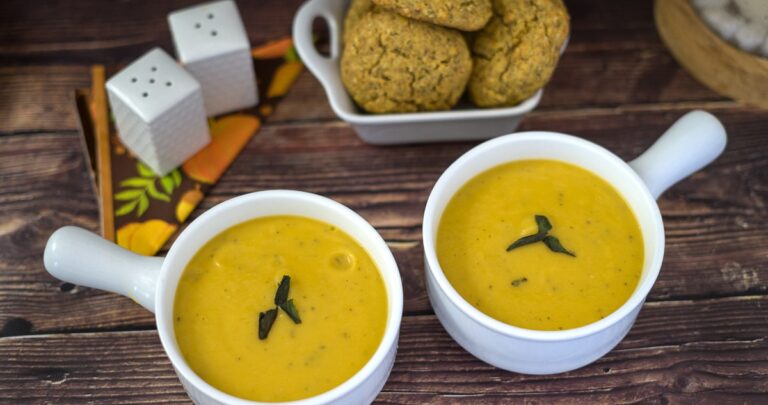 Pumpkin Sage Soup
A creamy vegan savory pumpkin soup with sage is an easy soup recipe that is nourishing and tasty.
Get the Recipe

Hearty main vegan dishes that are full of flavour and easy to make. 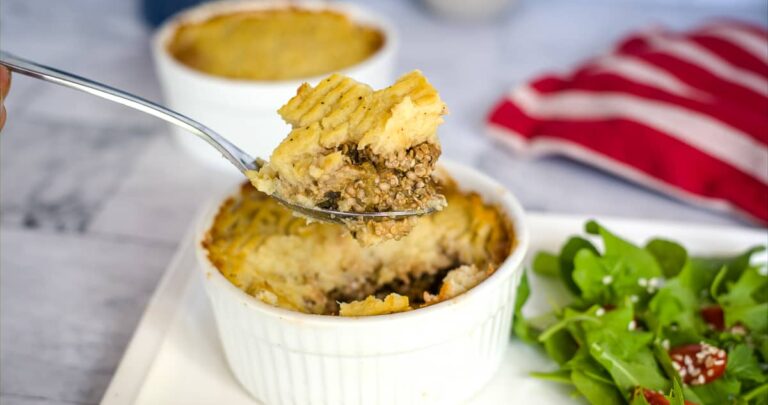 Low Carb Vegan Shepherd's Pie
A vegan shepherd's pie with a mashed cauliflower topping and hearty filling.
Get the Recipe 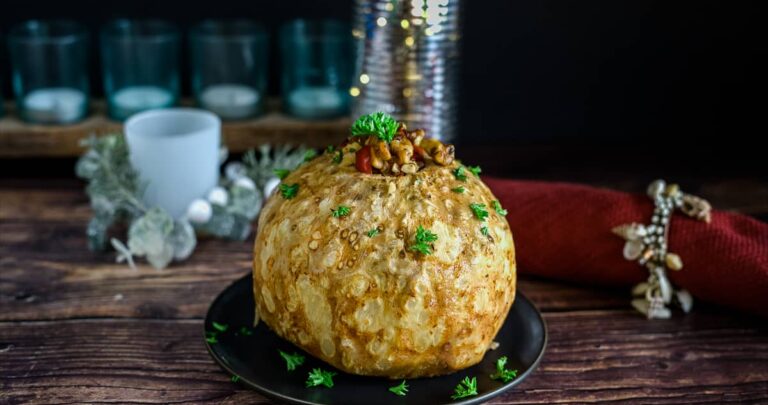 Stuffed Whole Roasted Celeriac
A whole celeriac (celery root) stuffed and roasted for a main or side dish.
Get the Recipe 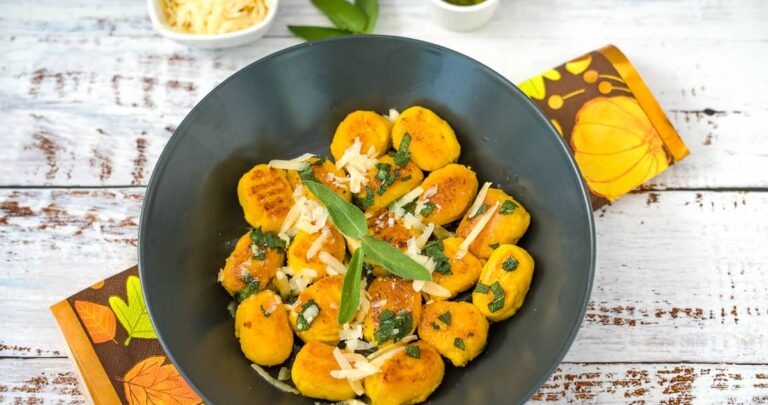 Keto Pumpkin Gnocchi
An easy low carb and vegan pumpkin gnocchi recipe that goes with many sauces.
Get the Recipe 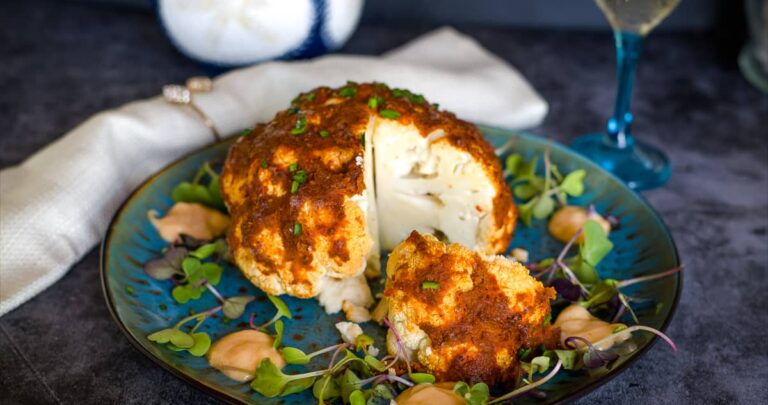 Whole Roasted Harissa Cauliflower
This whole roasted harissa cauliflower is a colourful keto vegetarian dish packed full of flavour. Serve as a main or side dish.
Get the Recipe 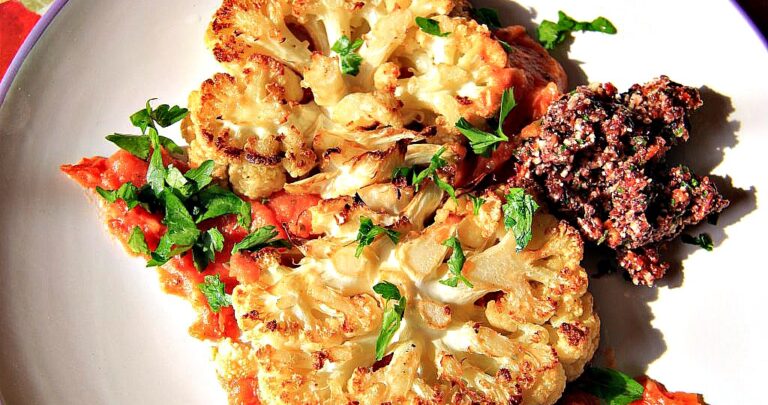 Mediterranean Cauliflower Steaks
Cauliflower steaks with tomatoes and olives for tasty dinner.
Get the Recipe 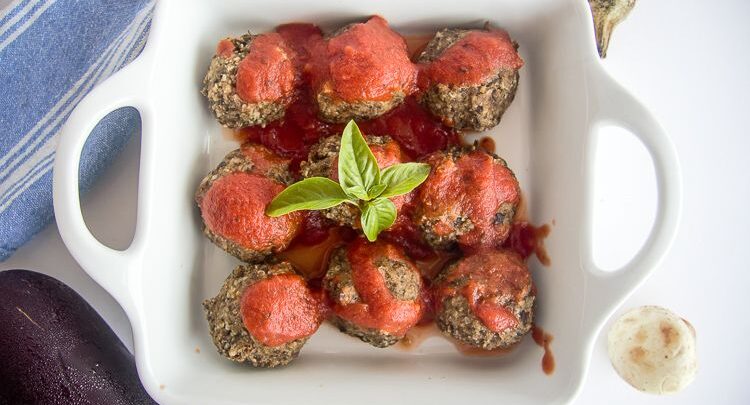 Keto Eggplant Meatballs
Eggplant meatballs made a great keto vegetarian or vegan meal.
Get the Recipe 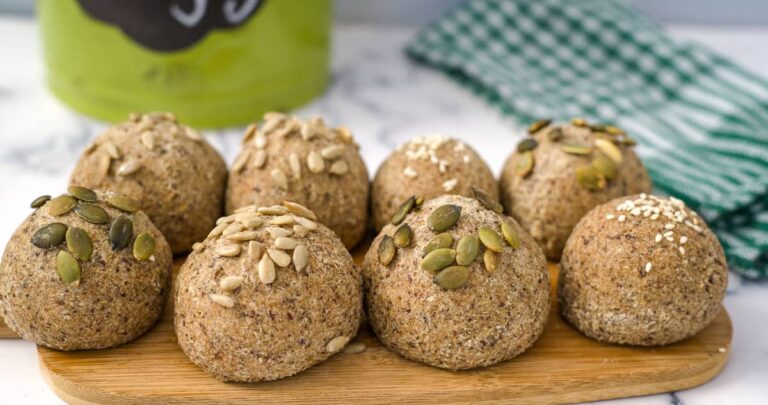 Vegan Keto Bread Rolls
Light, airy keto vegan bread rolls are an easy recipe and can be enjoyed as dinner rolls, sandwiches or a side with soup.
Get the Recipe 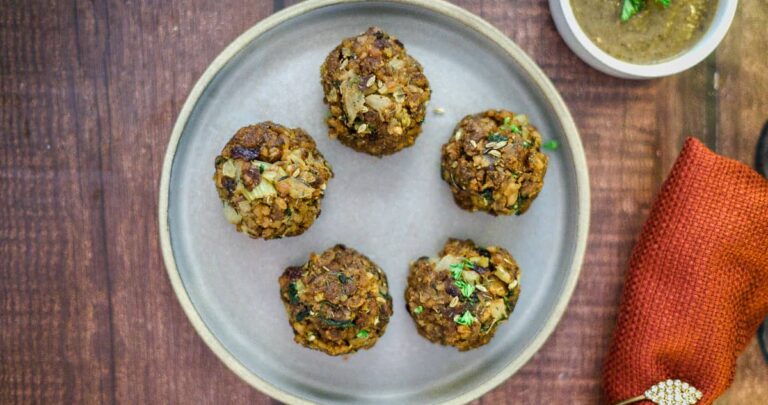 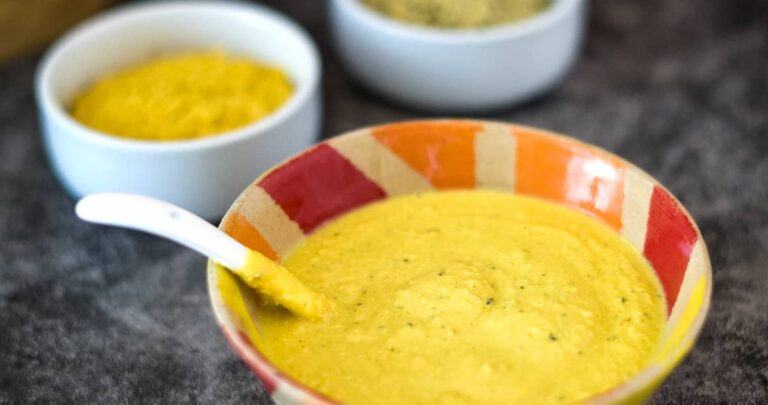 Low Carb Vegan Cheese Sauce
This quick and easy low carb vegan cheese sauce is made with nutritional yeast, tahini and hemp hearts.
Get the Recipe 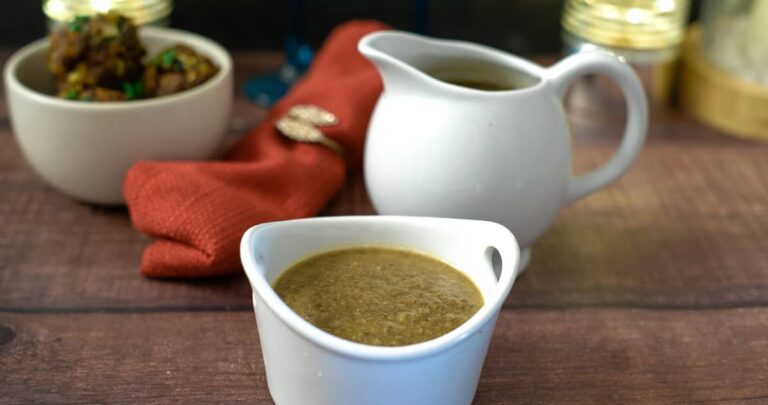 Keto Mushroom Gravy
This keto mushroom gravy is a great vegan option for dinner or the holidays. Rich, creamy and packed with flavour this is great served with a nut roast.
Get the Recipe 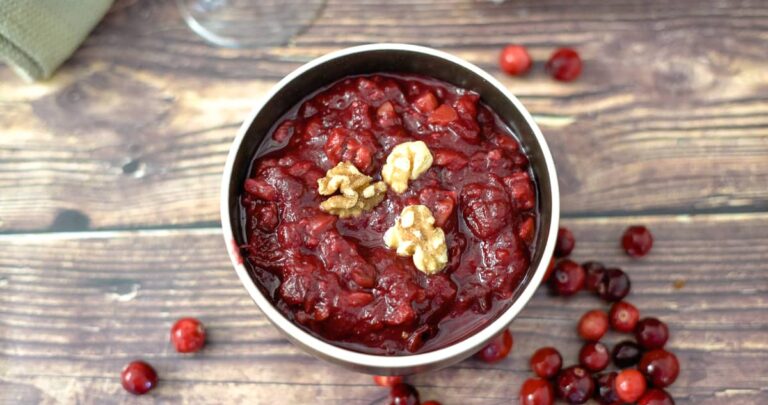 Low Carb Cranberry Walnut Sauce
This tasty low carb cranberry sauce with walnuts is flavoured with orange zest and cinnamon for a tasty holiday sauce. Sugar free and low carb, this cranberry sauce goes with everything!
Get the Recipe

The side vegetables can be the best part of the meal. Enjoy a little of something on your plate with these easy vegan vegetable recipes. 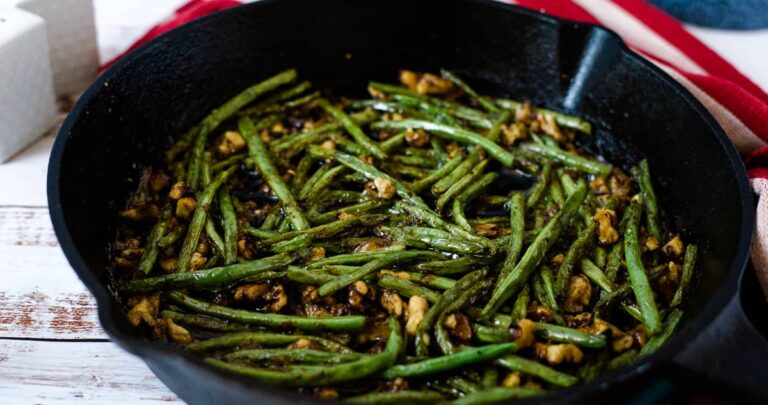 Green Beans with Walnuts
Green beans are cooked with garlic, walnuts and balsamic vinegar for a great side dish that goes with anything!
Get the Recipe 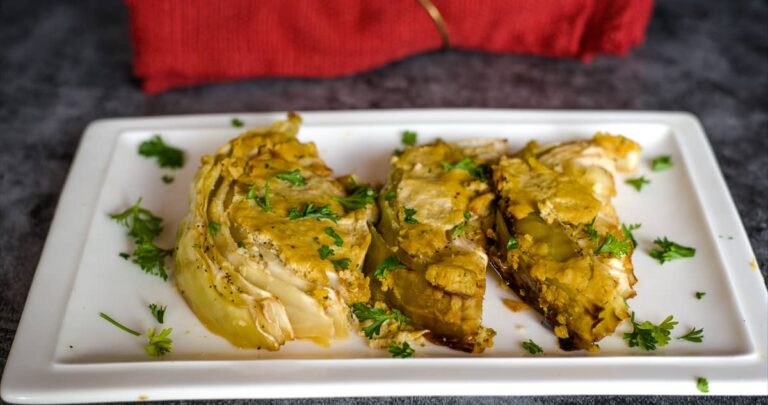 Cabbage Gratin with Vegan Cheese
Slices of roast cabbage baked in a low carb vegan cheese.
Get the Recipe 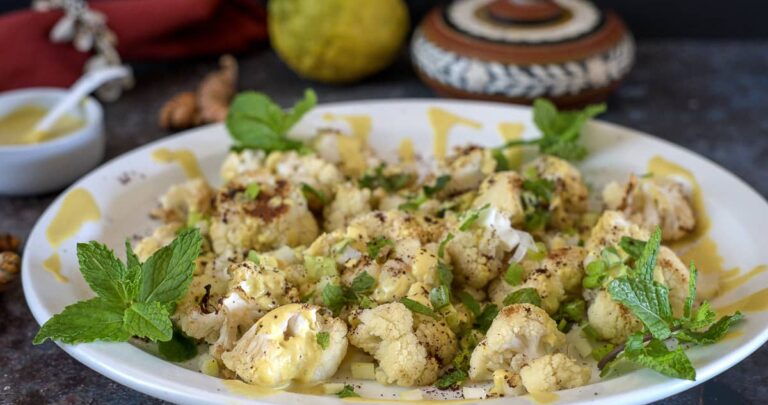 Roasted Cauliflower with Tahini Dressing
Roasted cauliflower is tossed in a tahini dressing and served with green onions and mint for a healthy side dish.
Get the Recipe 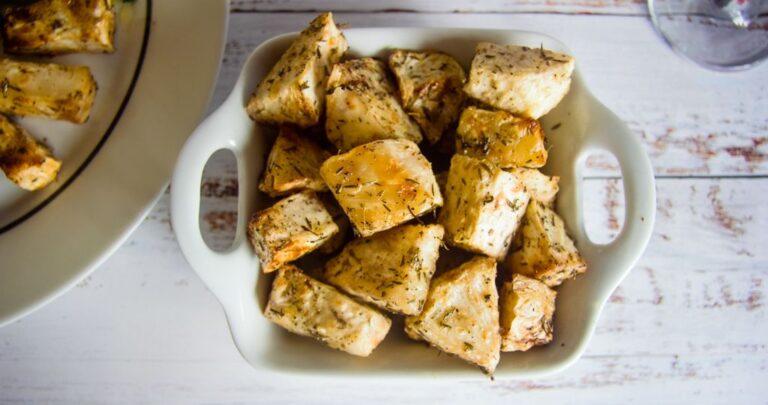 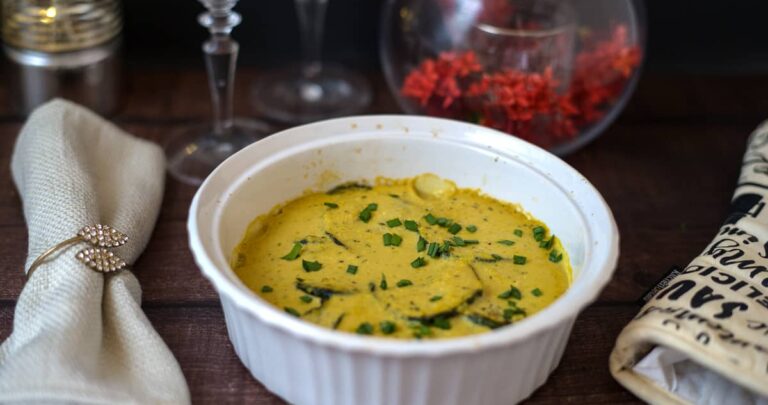 Vegan Zucchini Gratin
This keto vegan zucchini gratin is an easy creamy recipe to enjoy as a side dish.
Get the Recipe

At the end of a hearty meal, dessert is always welcome. 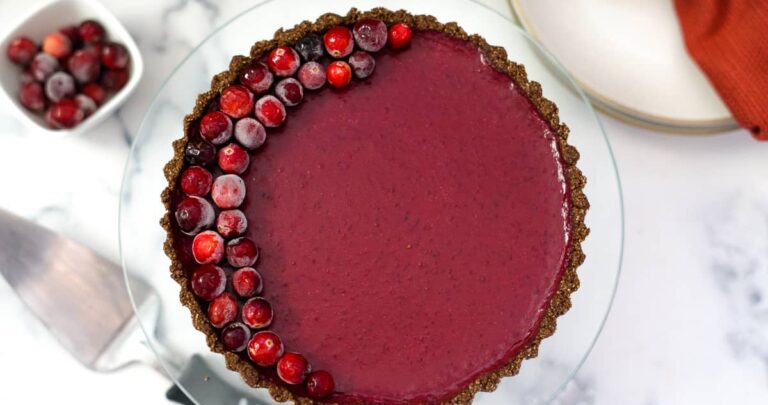 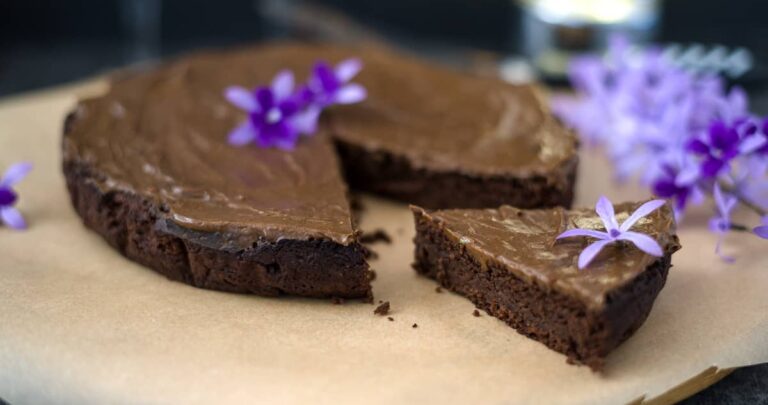 Keto Vegan Chocolate Cake
This keto vegan chocolate cake has a rich fudge like texture and is very easy to make.
Get the Recipe 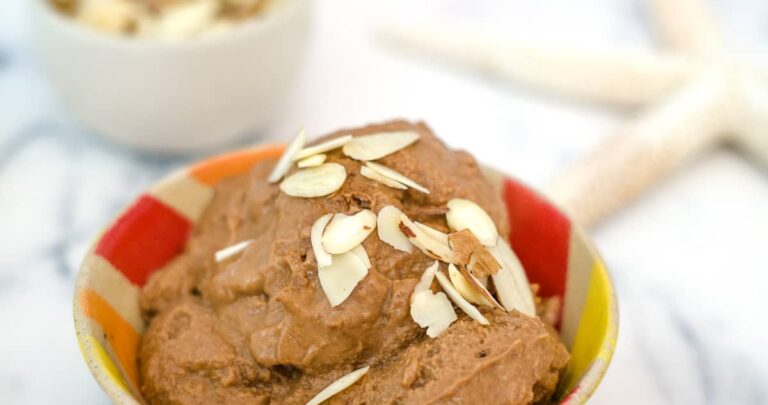 Vegan Keto Ice Cream
A rich fudge like texture vegan keto ice cream made with just 4 ingredients and no ice cream maker!
Get the Recipe 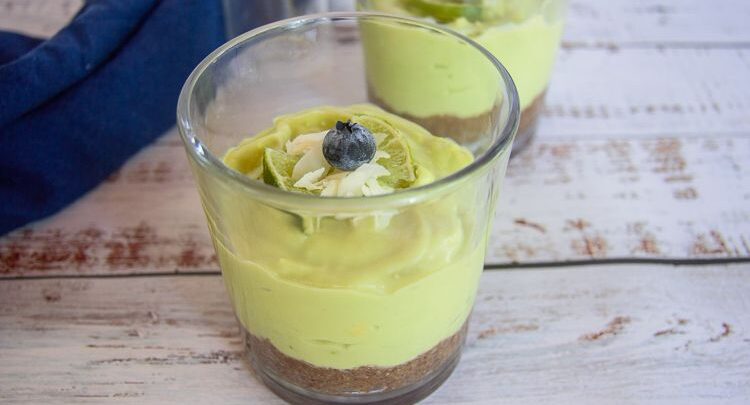